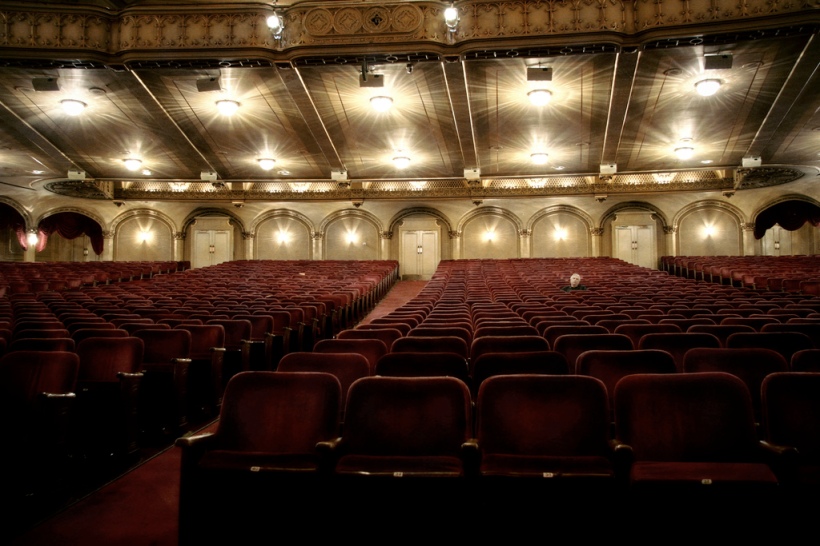 Discussions about the small audiences new music attracts have been a constant of my life as a musician since I first entered university as a 16 year old to study composition.

I have to confess I’m getting a bit sick of the topic, mostly because there’s no mystery to these matters whatsoever, and the whole ‘debate’ ends up in the field of deliberate self-delusion almost as soon as it begins.

Last night someone said to me that audiences are small for ‘this kind of thing’ because, and I quote, “Australia is so backward”.

Something in my head finally broke after all the years, and I found myself struggling to hold back the waves of derision engulfing me. I may not have won that struggle.

Of all the possible reasons for a concert to have a microscopic audience the most likely of them all is this one: the music has no fans.

Live concerts (or any live events) are built on a fan-base, so if you have no fans you have a limited chance of attracting an audience. This holds true for a pub band as much as it does for a purveyor of experimental sound art. Any performer needs to build an audience if they want to have an audience.

Now I do appreciate that there has been an aesthetic of writing with no thought for connection with listeners, but seriously people, if you write with no consideration of how you are building your audience you can hardly be surprised when you don’t have one.

And yeah, it’s your audience. It’s not the audience for “new music” or “experimental music” or “art music”. It’s the group of people in your neighbourhood, community, workplace, internet forums, facebook groups and twitterfeed who are interested in what you do. That’s what an audience is: it’s a bunch of people who care about your work so much that they want to participate. By being there. By being close to the action. By giving you money so you’ll keep doing what you do.

For about 8 months in pre-social media days I once programmed cabaret for a new, small but growing-in-prominence Sydney music/art venue. We had some of Australia’s finest musical theatre and cabaret talent on that fabulous, small stage, and the experience got me wised up to some fundamental truths about audiences.

Some performers would tell me an hour before going on “I haven’t told any of my friends about this – I want to see what the general public looks like” and my heart would sink. “There is no general public,” I would whisper to myself as I pulled out my phone to track down even two or three extra friends prepared to drop everything right then and there to come in and bulk out the “crowd”.

Even with advertisements in the right places at the right times (including feature stories, sometimes, in the Sydney Morning Herald Metro section), the audiences for these uniformly stunning performances were invariably friends, family, colleagues, and their friends, family and colleagues. Walk-ups were rare.

Some of these shows went on to be performed in RSLs around the city/region/state/country. But RSLs have their own audiences, their own loyal fan base, their own communities with vested interests in participating. The performer is the detail. The performer has to persuade the RSL to host the performance, not the audience to attend. And so the performer experiences the delusion that the public at the RSL is ‘general’, when in fact it has been carefully inculcated over many years.

Established venues (such as the Sydney Opera House) have in the past decade or so attempted to build this same kind of audience loyalty and invested-ness.

But the best way for an exponent of new music to ensure there is an audience for their music is to take responsibility themselves, particularly as festivals and venues who work hard at building their audiences will want to see a partnership with an artist as being mutually advantageous. And that means the performer needs to attract an audience. And if the performer can’t attract an audience without the festival/venue, then…. You see the circularity we’re dealing with here.

What can new art music musicians do? Try these seven suggestions for a start:

Having something to say is somewhere between unsatisfying and stultifying without having someone who wants to hear it. Stop composing, rehearsing and performing for audiences you could have brought with you in a family vehicle. And start changing your/the world.